Charlie Trayer – Carrying on the Legacy 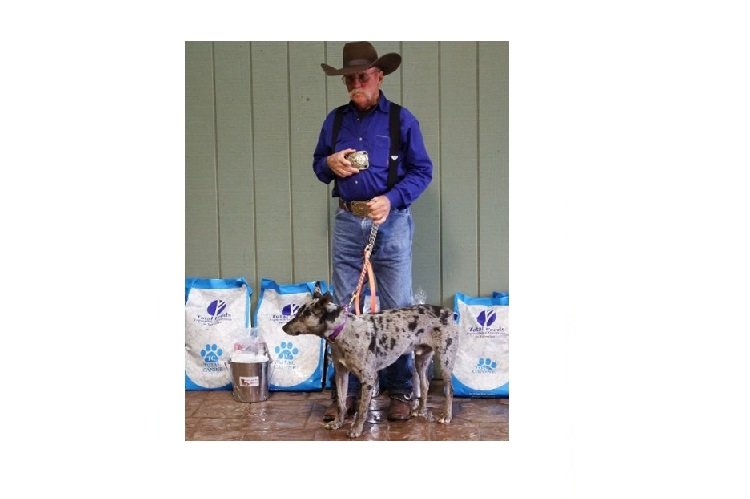 When David Dagley started training Annie, he bought Charlie Trayer’s DVD set, How To Train & Handle The Cowdog.
It was so helpful. Not only opening his eyes to the potential of what a cowdog could do, but also how to train one. Although David learned from all different sources, he used Charlie’s training methods as foundation for his training.

Charlie Trayer managed the Cottonwood Ranch in the Flint Hills of Kansas for 40 years. He did nearly all the work himself, with the help of his Hangin Tree Cowdogs, and some good horses.

Charlie has retired from the ranch now and lives in south Texas. There, he raises, trains and sells Hangin’ Tree Cowdogs, “The Ultimate Cowboy’s Dog”.

Charlie has placed working cowdogs on ranches all over the United States plus Canada. He has offered clinics with his methods geared specifically for working cattle with dogs. And, of course, his DVD set: How To Train & Handle The Cowdog.

The Man Who Developed The Hangin Tree Cowdog

Carrying on the Legacy

Charlie Trayer is one of the many cowboys who recognized what Gary Ericsson accomplished. Charlie took the breed that Gary developed, then bred the best to the best to carry on the breed.
Our heart is to carry on the legacy that Gary, Charlie, and many others worked so hard to pass down to us.
We want to selectively breed Supreme Qualified Hangin Tree Cowdogs. Then learn how to train them and use them the way they were originally meant to be used. A cattledog that is a gathering, retrieving, herding type dog.
We are deeply indebted to Gary Ericsson for the work he went to in developing the Hangin Tree Cowdog. And we will follow Charlie’s example and do our part to keep the Hangin Tree Cowdog  an amazing dog.
If you look at the bloodlines of our dogs, most of them trace back to Charlie Trayer’s bloodlines. And ultimately (like all registered Hangin Tree Cowdogs) Gary Ericsson’s amazing cowdogs.
You can see photos of our Hangin Tree Cowdogs here:
Meet The Dagley Cowdogs
Thanks for reading,
-Susanna and David Dagley